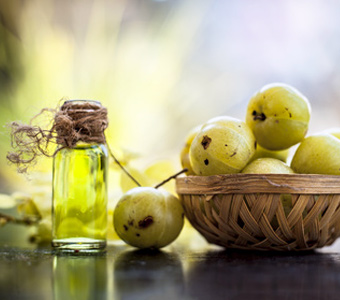 Amla (Emblica officinalis) is the fruit of the Indian gooseberry, used in traditional Ayurvedic medicine for thousands of years. Its beneficial effects are associated with its high tannin content. This new complex combines two distinct extracts: one standardised to 45% tannins and the other, the recently-discovered Saberry™, standardised in gallic acid and beta-glucogallin. This dual standardization increases the beneficial effects of amla beyond its antioxidant properties or the properties of polyphenols in improving circulatory problems.

What do studies say about Double Amla?

Composition
Directions for use
Take one capsule with each meal.
Trustpilot

Subscribe to our newsletter
and obtain a 5% permanent discount
Our selection of articles
Why is it best to take red yeast rice in the evening?

We have prepared this list of the ten best foods for regulating, preventing, and reducing bad cholesterol. Include these foods in your menus as regularly as possible.