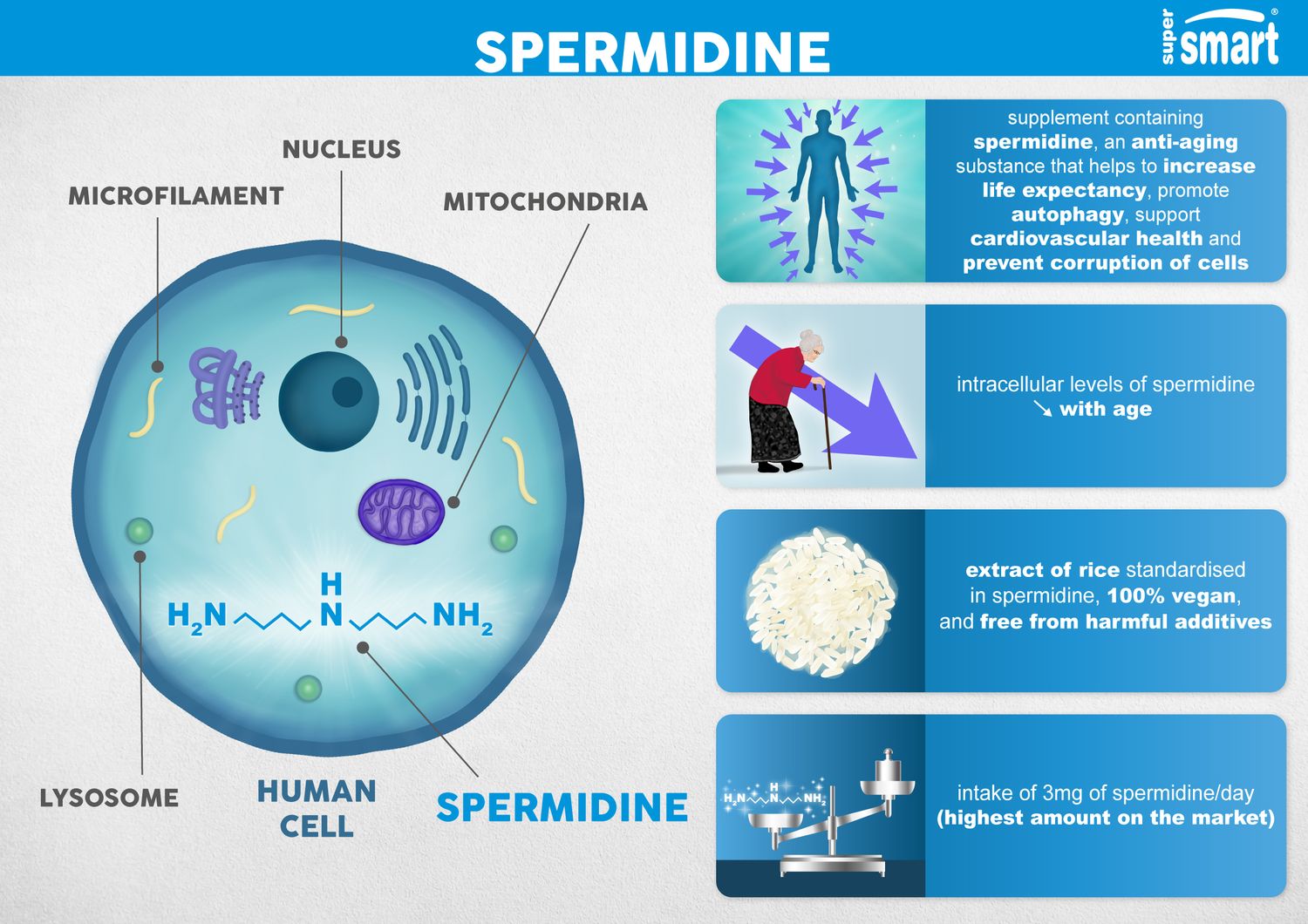 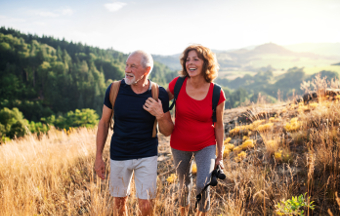 Spermidine is an excellent spermidine supplement developed by SuperSmart, pioneers in supplementation in Europe.

With each passing year, the body’s cellular spermidine levels fall inexorably (1). It’s one of the markers of aging. By taking this supplement, you can significantly increase your intake of spermidine in a totally natural and healthy way.

What exactly is spermidine?

Spermidine is a polyamine, an organic compound with several amine functions. It is present in all living beings. Formed by putrescine, spermidine is a precursor of spermine.

Spermidine actually gets its name from the fact that it was first discovered in human sperm in 1678. However, it is found in all human cells and in all those of mammals in general, as well as in various foods.

Small amounts of spermidine are found in foods such as soya beans, wheat germ, mushrooms and mature cheeses.

The benefits of the supplement Spermidine

With age, there is an irreversible decline in intracellular levels of spermidine. This supplement enables you to significantly and naturally increase your intake of spermidine. Quite simply, it offers the the best quality and highest content of spermidine on the market.

Let’s now focus on the benefits of this compound. Various studies have shown that spermidine helps to regulate autophagy(4-5). This cleaning out and recycling process removes damaged or toxic proteins and organelles from cells (6-7). Autophagy, which is essential for protecting the body against all kinds of problems, becomes less effective as we get older. Increasing your intake of spermidine, levels of which also decline with age, helps to reactivate this autophagy mechanism (8).

Spermidine has been shown to help extend life lifespan in various invertebrate models (yeasts, worms, flies) and in human immune cells, by directly inhibiting acetyltransferases, and by maintaining histone H3 in a hypoacetylated state (9).

In particular, it helps to improve blood pressure and cardiac function. A number of observational studies have shown that intake of dietary spermidine is inversely associated with cardiovascular problems (9-11). It also helps to prevent cells from becoming corrupted, has anti-inflammatory properties, neuroprotective effects and plays a role in preventing the decline in stem cells (12-13).

Spermidine has also shown positive effects against glycation. This process, whereby sugars attach to proteins, is a factor in accelerated aging of tissues (14).

How should this spermidine supplement be taken?

To obtain maximum benefit from this highly effective aging regulator, you need to take just 1 or 2 capsules of Spermidine a day. Each capsule contains 150 mg of rice extract standardized to 1% spermidine, providing a daily dose of 3 mg of spermidine.

Advice on how to hold back the aging process

If you’re looking for ways to slow down the rate at which your body is aging, here are some key tips to help you stay younger for longer:

Other supplements that act synergistically with Spermidine

Alongside a course of spermidine, we recommend taking our famous supplement Senolytic Complex, formulated to eliminate senescent cells, one of the key cause of aging. This unique formulation contains fisetin, nicotinamide mononucleotide, bromelain, quercetin, black tea ... it is, in short, an amazing supplement combining the best nutrients in this field.

You could also increase your intake of pyrroloquinoline quinone (PQQ), a very specific molecule that helps to regenerate mitochondria, the powerhouses of the body’s cells. We recommend taking Mitochondrial Formula, an anti-aging supplement that contains two other highly effective compounds: lipoic acid and carnitine.

Composition
Directions for use
Adults. Take 1 or 2 capsules a day. Each capsule contains 150mg of rice extract standardized to 1% spermidine.
No reviews for this product yet