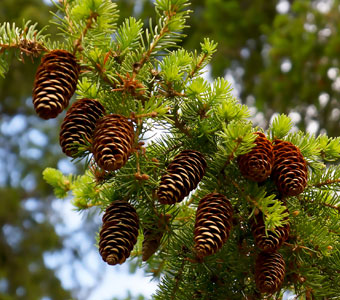 Taxifolin or dihydroquercetin is a bioflavonoid with a similar structure to that of quercetin. It is extracted from Siberian larch. It's been shown to benefit cardiovascular health, the skin, cognitive function, inflammation, allergies and immunodeficiency, as well as the health of diabetics.

What do studies show about Taxifolin?

Over the last 50 years, almost 600 studies (most of them Russian) have investigated its efficacy and safety. In particular, they have highlighted its antioxidant potency and vascular-protective action. Amongst others, research has demonstrated that taxifolin:

Each tablet provides 10 mg taxifolin.
Directions for use
Take one to two tablets two or three times a day for three to four weeks. Repeat every three months. The tablets be taken with, or immediately after, a meal. They can be swallowed, chewed or sucked.
Trustpilot