Asc2P
Tiredness and Lack of energy

No reviews
Reviews
$32.00 In Stock
Description
Asc2P is a stable and powerful form of vitamin C.
Certificate of Analysis 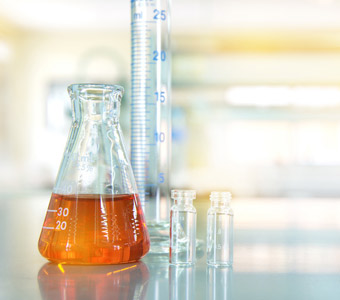 Who wouldn't want to live longer and look younger? Asc2P, or phosphorylated ascorbate, may well provide part of the answer.

Asc2P is a rare and very stable form of vitamin C. It already features as an ingredient in the formulation Telomeres Maintenance, but this form of vitamin C, with its exceptional properties, deserves to be considered as a supplement in its own right, and taken at an appropriate dose.

What are the health benefits associated with Asc2P?

Vitamin C is recognized for the essential role it plays in many of the body’s functions, as well as for its antioxidant effects. Though relatively unknown, Asc2P is a quite specific form which is around 20 times more powerful than the classic ascorbic acid form of vitamin C. The beneficial effects of vitamin C have been scientifically shown to help protect the body against cellular aging and prevent the development of certain age-related diseases. Vitamin C is thus considered by some to be an anti-aging vitamin. In addition to its natural antioxidant activity, vitamin C is involved in numerous metabolic reactions. Multiple scientific studies have confirmed how important it is to the human body, with the following functions among the most widely-studied:

Because of vitamin C’s importance to our health, this particular Asc2P form has been the subject of numerous scientific studies. These have shown that it can be used in both a preventive and curative capacity for many common illnesses. It is currently recommended for preventing fatigue and stress and is often described as an ‘anti-fatigue vitamin’, effective at giving the body a boost. Supplementing with vitamin C may also be advised for preventing any weaknesses due to a change in season. Given its role in the immune system and antioxidant potency, it offers significant therapeutic potential. Several studies have confirmed its benefits in treating colds and ‘flu, hypertension, cataracts, cardiovascular disease and some neurological diseases.

Why is it important to restore Vitamin C levels?

While many mammals are able to produce vitamin C, we humans lost the ability to do so in the course of evolution. In order to meet our daily requirements, we must, therefore, obtain it from external sources. Though it can be provided by the diet, through vitamin C-rich foods such as fruit and vegetables, it is highly vulnerable to heat and light and is easily destroyed during preparation or cooking. Nutritional supplementation may thus be required to ensure an optimal intake and prevent deficiency. Dietary supplements in capsule form protect the vitamin until it is absorbed by the body. In the case of proven deficiency, supplementation may become necessary to restore vitamin C levels to normal. Without an adequate intake, a lack of vitamin C can manifest in symptoms such as extreme fatigue.

Our nutritional supplement Asc2P has been formulated in capsules to provide an optimal intake of magnesium ascorbyl phosphate, a powerful form that can fully restore vitamin C levels. Delivering 250mg per capsule, the recommended dose is one to two capsules a day, although this can be adjusted in line with your needs and your therapist’s advice. You can also complement this supplement with other nutrients available to buy at Supersmart, that have a synergistic action with vitamin C, such as vitamin E, beta-carotene, selenium and zinc.

Composition
Directions for use
Adults. Take 1 to 2 capsules a day. Each capsule contains 250mg magnesium ascorbyl phosphate.
No reviews for this product yet

Subscribe to our newsletter
and obtain a 5% permanent discount
Our selection of articles
Vata, pitta or kapha: which foods and supplements are best for you?

Which dietary supplements does Marianna Gillespie, world freediving champion, put at the top of her list? The freediver reveals the 3 SuperSmart supplements she takes to keep on top form, both for competing and for everyday life.

A lack of potassium: how to recognize and prevent it