FlavoLife is an ‘all-in-one’, health-supporting flavonoids formulation for the most discerning consumer: 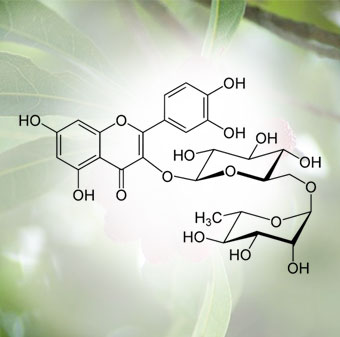 FlavoLife is a flavonoids supplement that’s been developed using the latest scientific research (in particular, this 2019 ECU study.) In line with recent scientific recommendations, it contains 9 bioflavonoids and includes all the categories in the large flavonoids family.

What health benefits can you expect from taking FlavoLife?

FlavoLife is designed to improve many aspects of general health, including cardiovascular and blood circulation problems, weak immunity, stress and anxiety and neuro-inflammation. FlavoLife has been developed to reflect the findings of multiple scientific studies, the latest of which was published in 2019.

Researchers at Edith Cowan University discovered a strong correlation between flavonoids intake and lower risk of mortality from cancer and cardiovascular disease. Their conclusion was clear: the protective effect is highest when intake exceeds 500 mg a day, though variety may be as important as quantity.

This major 2019 study was so groundbreaking — adding to existing findings from hundreds of recent studies on flavonoids, that we felt compelled to introduce this exceptional flavonoids supplement, unprecedented on the market, designed to improve numerous aspects of your health.

Lead researcher, Dr. Nicola Bondonno, had this to say about the results: “These findings are important as they highlight the potential to prevent cancer and heart disease by encouraging the consumption of flavonoid-rich foods, particularly in people at high risk of these chronic diseases,” She added that diversity is as significant as the number of flavonoids consumed: “It’s very important to consume several types of flavonoids by eating as wide a variety as possible of the foods that contain them.”

Diversity is key because each flavonoids compound has a slightly different mechanism of action, and contributes synergistically to a whole host of health benefits, including:

What are flavonoids, exactly?

Flavonoids are compounds found in the plant kingdom and are usually consumed in the form of fruits, vegetables, tea and wine. This large group of molecules comprises more than 6,000 natural compounds that exert a wide range of biological activity.

Research into flavonoids has increased significantly since the discovery of the ‘French Paradox,’ in which a correlation was observed among the French population between moderate consumption of red wine and saturated fats and a relatively low rate of death from cardiovascular causes.

What bioflavonoids are in FlavoLife?

FlavoLife contains the most effective flavonoids and covers all the categories of this large family of compounds — flavonols, flavones, flavanones, flavan-3-ols and anthocyanidins:

Quercetin and Fisetin, Plus Four Other Reasons To Support Your Health with FlavoLife

.FlavoLife contains two of the best natural senolytic compounds: quercetin and fisetin. The quercetin benefits and reasons to use a fisetin supplement have been outlined above, but there are four more reasons to choose Supersmart’s flavonoids supplement.

how should FlavoLife Capsules Be Taken?

Supersmart recommends taking two FlavoLife capsules daily, and always with a meals. It can be combined with other supplements available to buy in our catalog such as Daily 3. And if you’re particularly interested in FlavoLife for its vascular benefits (venous insufficiency), it is better combined with a supplement containinghorse chestnut extract. After flavonoids pass through the colon, they are reabsorbed and affect several biological functions, including protein synthesis, cell differentiation and proliferation and angiogenesis. Deciding where to buy a flavonoids supplement should be an easy decision. Buy FlavoLife capsules from Supersmart.

The product covers entire spectrum of flavonoids and is very useful.
References

Subscribe to our newsletter
and obtain a 5% permanent discount
Our selection of articles
Which are the 7 best essential oils?

In the area of natural medicines, aromatherapy is riding high. Here’s a list of the 7 most health-beneficial essential oils.

Which foods will we all be eating in 2050 and beyond? Discover how the culinary landscape is likely to change in the decades to come.

Which supplements should vegetarians and vegans take?